Two women have gasped upon seeing this watch. A third woman said, “Whoh, let me see that,” and her husband said, “Wow, that’s really something.” Typically my watches, which are mostly steel tool affairs, don’t illicit much reaction from women or men. But the Moser & Cie. Venturer’s dial is so alluring – magical, even – that it casts a powerful spell over otherwise uninterested folks. Yet, the dial isn’t loud or obnoxious. It’s simply alluring, as if illuminated from within.

There is an ocean’s worth of calm beauty to discover in this watch, and for those lucky enough to sit quietly with it, I hope that it will deliver the same tranquility I discovered there.

Moser’s watches do photograph nicely, but there’s no way a photo or video can capture how beautifully this watch interacts with the ambiance it finds itself in. Under modern LED spot lights in a swanky kitchen, the Venturer glistens and sparkles; under candlelight the watch seems to burn like a blue flame; puffing a cigar out in the yard during the golden hour, this watch radiated an understated elegance and sophistication.

Exactly how Moser achieves such radiant fumé dials remains somewhat mysterious. The answer isn’t that far from what we’ve known about fumé dials for centuries; delicately faded paint jobs that are very sensitive to temperatures and drying times cover gently brushed dial plates to produce the smokey effect. Moser, however, is obviously elevating and modernizing this age-old craft. Surprisingly, the loupe only deepens the magic of this dial. There’s some flecking, akin to metallic paint, and one can make out the radially brushed pattern, but even at 10x magnification the allure and magic of the dial remains in tact.

It turns out that Arctic Blue is the result of a mistake in the finishing of some Funky Blue dials. As Brian Eno would say: “embrace your mistakes as hidden intentions.”

Moser is one of very few watchmakers producing their own hairsprings, and that ability puts Moser in an elite class. Some of the most interesting and accurate hairsprings come out of Moser’s subsidiary Precision Engineering AG, which employs twelve people full-time. While Moser produces vertical and dual springs, Cal. HMC 327 uses a traditional flat-wound single hairspring mounted inside a Breguet balance wheel.

The balance bridge is playfully traditional in shape, and it compliments and echoes the river-like seam between the two main plates, which are decorated in Geneva stripes. The hand-finishing is excellent, with gorgeously polished bevels along the edge of every bridge. Those bevel edges pick up the mirror-finish on all the screw heads, giving the movement just enough reflectivity to create tasteful depth and dynamism.

A power reserve gauge rests near the balance bridge, and on a hand-wound watch with a three-day power reserve, this gauge is much appreciated. As my colleague David Flett likes to remind me regularly: power reserve gauges belong in the back, and I tend to agree. On this minimalist watch, David’s mandate is a no-brainer.

There is congruity between the off-beat plate shapes and Moser’s overarching agenda of infusing traditional watchmaking with avant garde touches. This allows this movement to meld into the overall design of the watch in a subtle but important way. Anyone who has ever opened the hood on a modern Ferrari knows that the engine compartments extends the design language of the exterior and the interior of the car, and with the Moser HMC 327’s quirky-yet-somehow-traditional bridge shapes, the watch achieves a seamless aesthetic that extends to every visible feature of the watch. I may be laboring this point, but it really bears emphasis in my opinion, because Moser has achieved this aesthetic wholeness in such an unexpected way: by bringing a subtle dose of avant gardism in the river-like channel running down the center of the otherwise traditional movement, we are reminded of the dose of avante gardism in the otherwise traditional fumé dial around front. And as one gets to know this watch, the harmony between the font and rear window views reveals how tastefully and carefully Moser nudges traditional horology forward.

This Watch Is Not Large; It’s Expansive

Normally I’d be looking down my hipster nose at a 43mm watch with no rehaut, because it would just be too much dial. But with a dial this gorgeous, you just want more and more of it. Also, because the concept watches have no markers, this dial just feels expansive, rather than large. Given the Arctic Blue color, this dial is oceanic.

Normally I’d be looking down my hipster nose at a 43mm watch with no rehaut, because it would just be too much dial. But with a dial this gorgeous, you just want more and more of it.

Also, the lugs on the solid gold case are really stout – not dorky stout like you’ll find on some watches that can’t manage their own size, but classically stout, sexy, and with spring-bar holes low in the lugs such that the watch hugs your wrist. The watch never looks small, but it wears very reasonably given its diameter.

Because they are so often compared, I’m just going to say it: to my eye, Moser’s dials are better than Grand Seiko’s dials. And I say this as the owner/lover of a Grand Seiko with what I consider to be their very best dial (SBGH269, if you’re curious), And I say this as one who has nothing but awe and respect for the GS dials. But as beautiful and amazing as Grand Seiko’s dials are, the Moser dials are more radiant, more alluring, and more interesting. And Moser accomplishes this with less ta-da than Grand Seiko.

I’m just going to say it: to my eye, Moser’s dials are better than Grand Seiko’s dials.

I’ll also argue that this watch has a more compelling movement than any of the Grand Seiko units. Yes, the Hi-Beat 9S in my beloved Grand Seiko is amazing, as is the new version of it (Caliber 9SA5), as well as the new Spring Drive (9RA5) and so on, but Moser’s movements are more playfully styled, take greater risks, and in the end are better integrated into the overall design of the individual watch as well as the entire Moser catalog.

Lastly, Grand Seiko’s solid gold watches are expensive. Witness the SBGD202 for $42,000, the SLGH002 for $43,000, and on down to their least expensive gold watch, the SBGK006 for $19,000. Now return to the Moser catalog and do a little shopping, and you’ll see that Moser is competitive. You don’t hear people talk about Moser’s pricing much, but generally speaking they’re still orbiting Earth.

Tripping Hard On This Dial

I seem to have developed a strange ability to stare at watches for extended periods of time – like ten minutes straight. This habit started as an anxiety reliever, then grew into a kind of contemplative study of designs, and eventually gave way to a phenomenological blissing out. If anything I’ve written above seems overly gushy, please know that I have spent a large amount of time during my short time with this watch just staring at the dial with as close to a blank mind as I can muster.

I’ve tripped out on a lot of watches, and I’ve never had such a psychedelic and strange experience as I have with this watch. There is an ocean’s worth of calm beauty to discover in this watch, and for those lucky enough to sit quietly with it, I hope that it will deliver the same tranquility I discovered there. 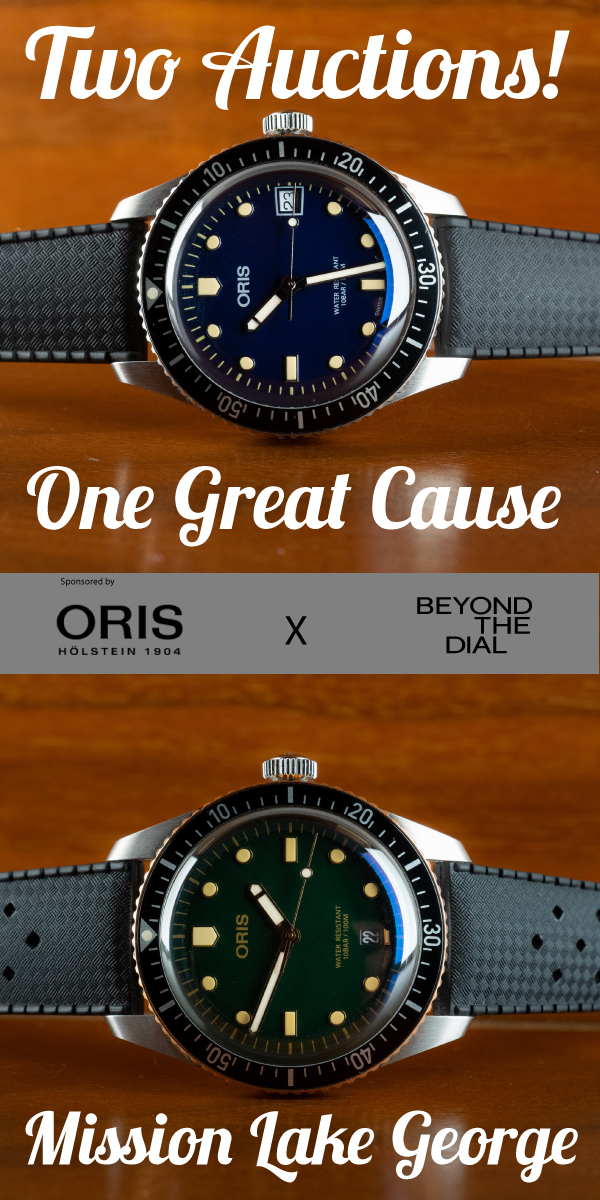 We will retain and evaluate information on your recent visits to our website and how you move around different sections of our website for analytics purposes to understand how people use our website so that we can make it more intuitive.I AgreeI DisagreePrivacy policy